All images on this site © Linda Dawn Hammond 2003 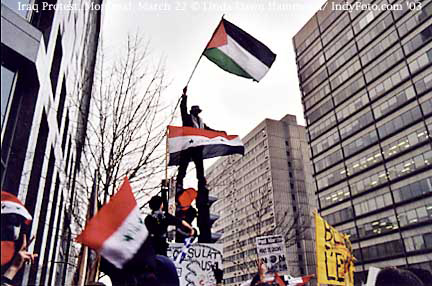 Protester in front of US consulate 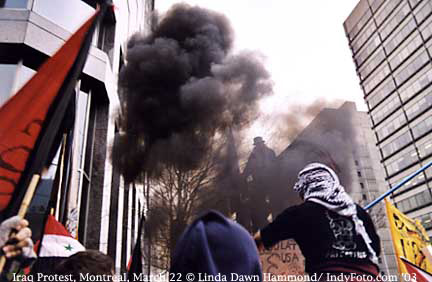 US flag goes up in smoke in front of consulate!
It wouldn't burn initially, then someone evidently tried gas! 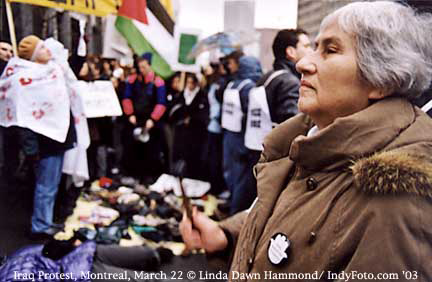 The button reads, "Jews Against the Occupation",
in background is the die-in and the "shoes of the dead" (souliers des morts). 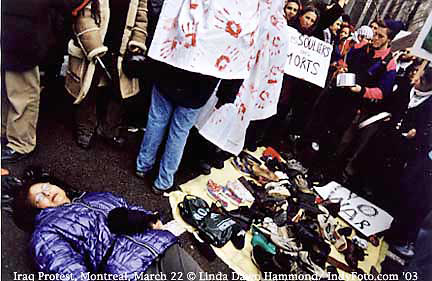 The die-in and "shoes of the dead" (souliers des morts). 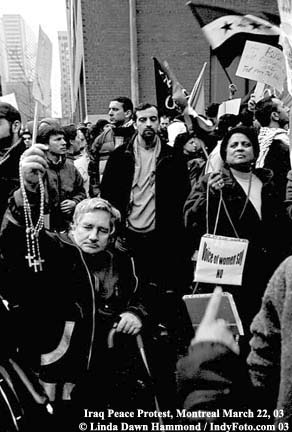 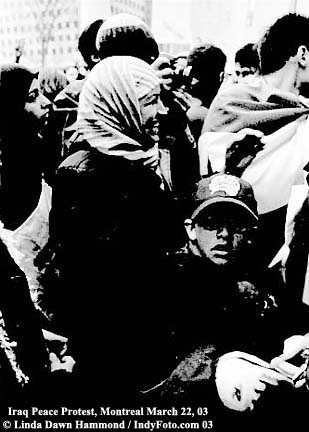 Go to MORE DEMO PHOTOS
Taken March 22, 03 (12 photos in total) which I posted on INDYMEDIA!